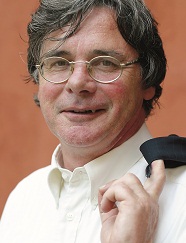 Professor doctor Gerard P.M.F. Mols did his law study at the University Utrecht. He got his Master’s degree in Public Administration in 1976 and his Master’s degree in Criminal Law in 1977. He started his professional career at the University of Utrecht, NL. Since 1981 he has fulfilled practically all administrative posts at the University Maastricht (UM), NL, all of them at the Faculty of Law. These include: member of the committee for the preparation of the Faculty of Law; Chair, Board of Examiners; Chair, Degree Programme Committee; Chair, Post-Academic Education Committee; Chair, Department of Criminal Law and Criminology. In 1982 he completed his PhD thesis entitled: ‘Punishable conspiracy: a historical and comparative review of law’ In 1988 he became Professor of Criminal Law and Criminal Procedure at the UM. From 1992-2003 he was the Dean of the Faculty of Law UM. From 2003 till September 2012 he was appointed as is Rector Magnificus of the UM. He is a member of many advisory boards and organizations. He is the co-author of many books and papers. Since 2012 he is scientific director of The Maastricht Forensic Institute (TMFI). He is officer in de Orde van Oranje-Nassau.