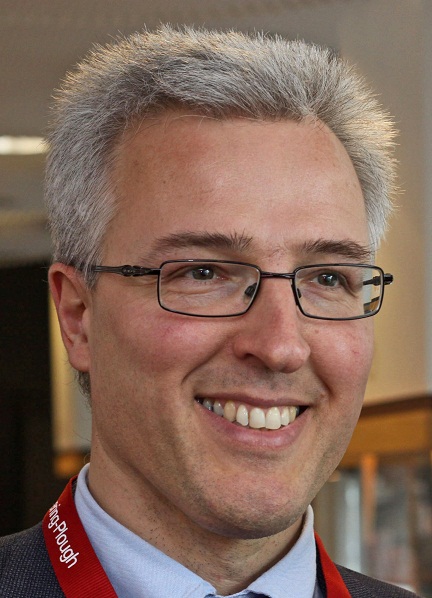 Dr. Tim L. Jansen, (1963), has been trained into internal medicine (from 1989) in Academic Hospital St Radboud, Nijmegen and Rijnstate Hospital, Arnhem, where he did his PhD (April 1993) on ‘Pharmacological and vascular studies on the short-term effects of the atrial natriuretic factor.’ Since 1995 he was trained in Rheumatology. From 1998 till September 2010 he was a rheumatologist staff member in the Medical Centre Leeuwarden, where he performed several studies, and coauthored on the subjects of biologicals in rheumatoid arthritis (RA) and treatment modalities in gout, prospective RCTs included. October 2010 he became staff member of the Department of Rheumatology of the UMCN St. Radboud Nijmegen. In 2014 he became Medical Manager Rheumatology VieCuri MC, Venlo. From 2006-2012 he was Board member of the Dutch Society of Rheumatology and presided the Quality Committee, he became involved in coauthoring “Consumer Quality index in RA”, the national guideline “Diagnosis and treatment of RA”, the national set of “quality indicators of RA”, and the national guideline “Appropriate use of Biologicals in rheumatic diseases”and took place in several (inter)national consensus meetings. He became PI of the nationwaide TNFi stop study, the POET (Potential Optimisation Expediency Tnf inhibitors), and the POET-US investigation effects of stopping TNFi in RA and the predictor role of ultrasound. He is actively involved in gout research at a national and international level such as SugaR (Study of Updated Gout criteria: Acr/ eulaR), and the updated EULAR gout guideline. He has taken place in several advisory boards on optimal pharmacotherapy in rheumatoid arthritis, psoriatic arthritis and gouty arthritis. From 1997 is a member of the medical advisory board of the Dutch Sarcoidosis Society (SBN).